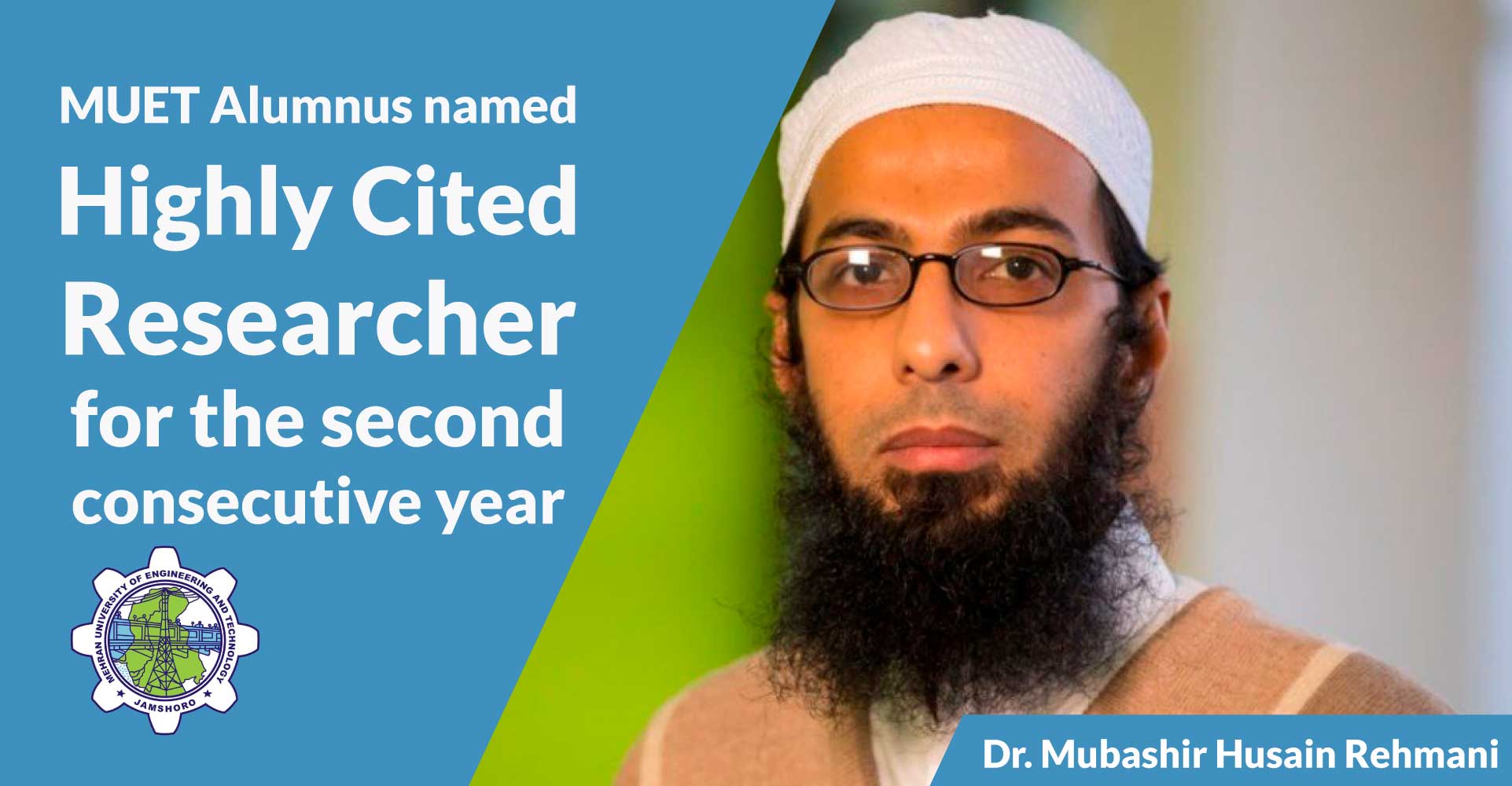 Dr. Mubashir Husain Rehmani alumnus of Mehran University of Engineering and Technology has been featured in Highly Cited Researchers™ 2021 list from Clarivate.

2021 Highly Cited Researchers list features researchers who have demonstrated considerable influence in their chosen field through the publication of multiple works that have been cited by a significant number of their peers during the last decade.

Dr. Mubashir received his bachelor’s degree in Computer Systems Engineering from Mehran University of Engineering and Technology in 2005. Currently, he is working as a lecturer in the Department of Computer Science at Munster Technological University (MTU).

Vice-Chancellor, Pro-Vice-Chancellor, Advisor (H), and Deans of the university congratulated Dr. Mubashir Hussain Rehmani on a remarkable feat at the international level by making it to the list of top 1% researchers worldwide by citations in the field of Computer Science.

“I really feel proud when my mother institute, MUET, owns me. It is indeed an honour for me that I studied in MUET”, said Dr. Mubashir Hussain Rehmani.

We use cookies to ensure that we give you the best experience on our website. If you continue to use this site we will assume that you are happy with it.OKPRIVACY POLICY