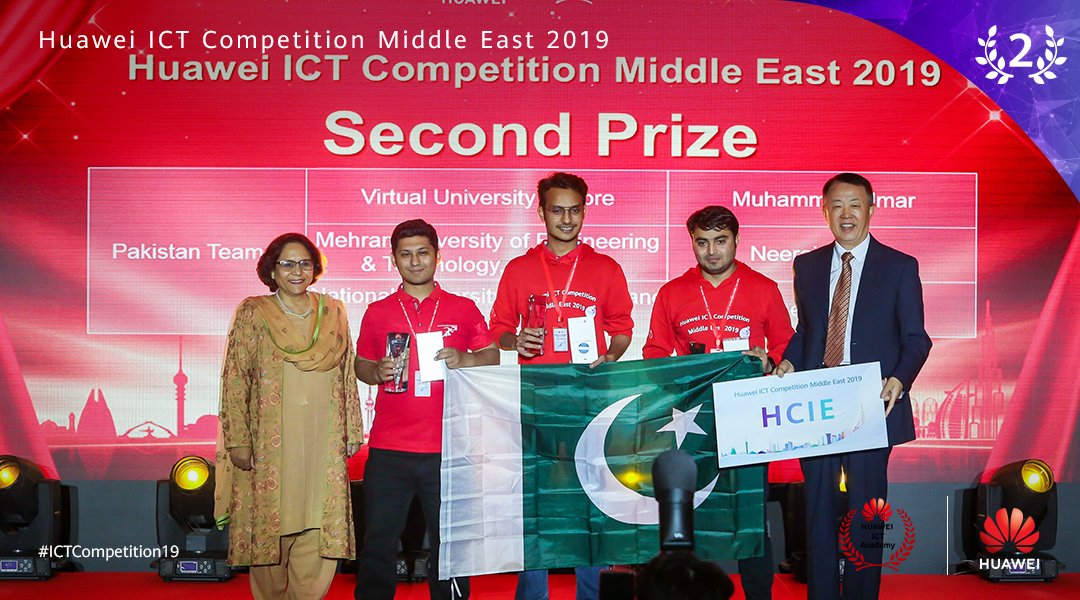 Team Pakistan lead by Neeraj Kumar student of Telecommunication Engineering, MUET along with students of NUST and Virtual University of Pakistan secured the second position, whereas the second team from Pakistan lead by Syed Shameeluddin student of Telecommunication Engineering, MUET claimed the third position in the Huawei ICT Competition Middle East 2019 held at Huawei Headquarters in Shenzhen, China. 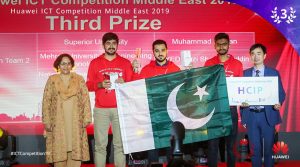 The six students representing Pakistani teams were chosen from a field of 150 finalists, who competed following the preliminary round involving more than 12,000 entries from 30 universities of Pakistan. Pakistan’s top ICT talents came from Mehran University of Engineering and Technology, NUST, Superior University, and the Virtual University of Pakistan. The shortlisted students were separated into two teams of three to represent Pakistan in the finals. Pakistani teams claimed second and third positions in the competition.

Proud moment for all the Mehranians!